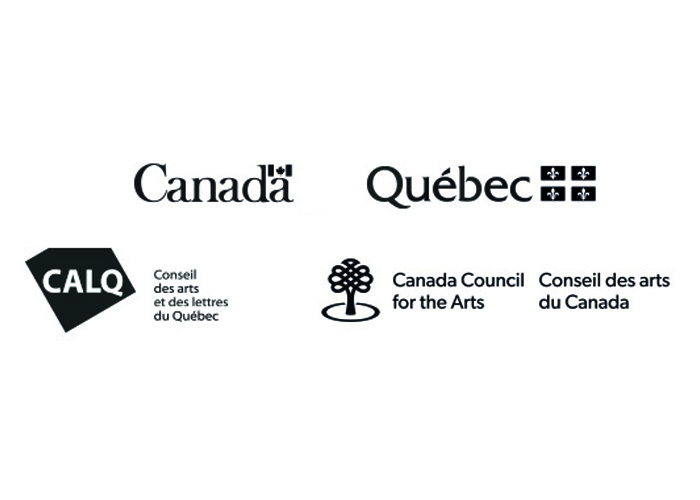 Focus on: CANADA AND QUEBEC

In collaboration with: the Embassy of Canada to Italy and the Délégation du Québec à Rome.

Contemporary dance plays a key role in the Canadian arts sector. For this reason, the governments of Canada and Québec support it through targeted programs that encourage its development, creation, diffusion and distribution around the world.

Bonds between Canadian and Italian dance creation and distribution centers are constantly growing: Canadian contemporary dance, in particular that from Québec, is constantly present in Italian festivals and events, and this ongoing dialogue leads to many opportunities for emulation and artistic growth.

The Embassy of Canada to Italy and the Délégation du Québec à Rome, together with the Canada Council for the Arts/Conseil des arts du Canada, the Conseil des arts et des lettres du Québec (CALQ),  the CINARS Biennale and a delegation of dance presenters will be taking part in the 5th Edition of the NID Platform with a focus dedicated to contemporary dance in Canada and Québec, aiming at presenting the opportunities for exchange and encounter that the Canadian arts system offers to Italian professionals.

This unique moment of cultural diplomacy and dialogue among professionals, aimed at strengthening the relations between the two countries, will take place in Fonderia on Friday, October 11.

*The meeting is reserved for professionals accredited to NID Platform.

Delegates from Canada and Québec:

Marie-Pierre Dolbec has been involved in promoting the development of international exchanges and showcasing Québec’s creativity, in many forms and through several projects, for the last 25 years. Her position as Program Manager in the Conseil des arts et des lettres du Québec (CALQ) especially led her to coordinate the agency’s international action since 2005. As a funding governmental body, CALQ supports, throughout Québec, creation, experimentation, production and dissemination in the realms of the visual arts, the arts and crafts, literature, the performing arts, cinema and video, the digital arts and architectural research. CALQ also seeks to broaden the influence of artists, writers, arts organizations and their works in Québec, Canada and abroad. Since 1994, CALQ has been playing a key role in fostering Québec’s artistic excellence in more than 65 countries yearly, by supporting international mobility and developing its extensive network of Studios, exchanges and workshops/residencies which offer Québec artists nearly 40 opportunities to boost their professional careers in some 20 cities and regions worldwide, including New York, Bogota, Buenos Aires, Paris, Rome, Berlin, London, Mumbai, Seoul and Tokyo.

Canada Council for the Arts

Rochelle Hum has extensive experience in the national and international dissemination of arts and culture. As program officer at the Canada Council for the Arts and project lead on the Canada in Germany initiative, she is in charge of the cultural programming in Germany for the entire year leading up to the 2020 Frankfurt Book Fair, which will take place during Canada’s Guest of Honour year. She is overseeing ambitious cultural programming that includes music, dance, theatre, circus, visual arts, film, video and digital arts in collaboration with federal partners at Global Affairs Canada and Canadian Heritage.

Her considerable experience working in the Council’s various programs over the years is now contributing to the strategic engagements of Canada’s arts funding organization. More specifically, she was responsible for the Council’s former dissemination programs in dance, including national and international touring, dance presentation, foreign artist tours, commissions, co-productions, creative residencies and strategic collaborations.

Gilles Doré is the International Development Director of CINARS. He has been active for more than 20 years in the performing arts community as a cultural manager and international developer. Before working for CINARS, Gilles Doré was the Director of Art Circulation, a consortium of contemporary dance companies, the Financial Manager of the O Vertigo Company, the Director of the creation and production center, Caserne Letourneux TSF and a private consultant in cultural management and international development, which led him to work with The Quebec Arts and Letters Council. He has constantly undertook various missions abroad for companies in dance, theatre and music.

A graduate from the National Theatre School of Canada, Vincent de Repentigny is codirector of the OFFTA, live art festival in Montreal, since December 2013. In 2015, with Jasmine Catudal, he redefined the festival’s mandate which broadened its activities and became LA SERRE – arts vivants. LA SERRE’s mission is to provide emerging artists with an environment that is conducive to the creation and dissemination of meaningful work. Vincent has been selected as a Fellowship Québec 2019-2021 of the International Society for Performing Arts (ISPA) and he is also a member of the board of the Regroupement des arts interdisciplinaires du Québec (RAIQ).

Vincent is especially interested in new artistic forms that question boundaries between disciplines. From 2011 to 2013, he codirected with Julien Brun the Swiss/Quebec company insanë. Together, they created several projects such as Dieu est un DJ by Falk Richter, in telepresence between Geneva (Mapping festival) and Montreal (Society for Arts and Technology). In 2013, with Félix-Antoine Boutin, he conceived the ambulatory Archipel (150 haïkus avant de mourir encore) at the Festival de théâtre de rue de Lachine. He also collaborated with Mellissa Larivière and Rébecca Déraspe for the creation of the show Ceci est un meutre, presented in 2015 at Théâtre Aux Écuries. In parallel, Vincent works as stage design assistant, light and video designer.

Embroiderer of ideas for more than a decade at the Agora de la danse, Montreal.

Annie-Claude studied at the École supérieure de ballet du Québec and is a graduate of Canada’s National Ballet School in Toronto. A versatile performer, she made her debut with Les Grands Ballets Canadiens and continued her career in contemporary dance, in Quebec and abroad. Since 2008, she has been actively involved in the development of her discipline as Dance Coordinator at the Théâtre Hector-Charland in L’Assomption, where the Lanaudière – Pôle de la danse project was created. She was awarded the Télé-Québec Ambassador Prize and is a member of the Board of Directors of the Regroupement québécois de la danse.

Assistant to the Co-Executive Direction and Artistic Direction

Mélanie Carbonneau has been working in the performing arts scene for more than 15 years. Notably, she was assistant to the Executive Direction and head of communications for the Théâtre de la Pire Espèce and the Festival du Jamais Lu. Since 2007, she has worked as assistant to the co-executive direction and artistic direction at the Festival TransAmériques, where she is also in charge of the national and international presenters. In parallel, she is an administrator for organisations dedicated to the production of electronic music and digital art events.

An artistic consultant with the Festival TransAmériques since 2006, and its Artistic Director and Co-Executive Director since 2014, Martin Faucher has been actively contributing to the cultural life of Quebec for the past three decades as an actor, director, teacher and administrator in the performing arts milieu.

As president of Daniel Léveillé Danse (1994-2014), he supervised the development of the company and raised its profile, and in the process boosted the careers of several young choreographers. As president of the Conseil québécois du théâtre from 2005 to 2009, he organized the Quebec professional theatre conference in 2007. A sought-after pedagogue, Martin Faucher regularly teaches at the National Theatre School of Canada, and is renowned for his sensitive and inventive staging of contemporary texts. He has directed some forty stage productions over the years and is the recipient of several awards.

Brendan is the Artistic Director of Canadian Stage, one of Canada’s largest contemporary performing arts organizations. Prior to being at Canadian Stage, Brendan was the Artistic Director of Buddies in Bad Times Theatre. During his time at Buddies, the company experienced an unprecedented period of artistic success with a string of celebrated productions and national tours. Brendan is also an award-winning theatre director who has built a reputation for productions of contemporary texts that are visceral, thought-provoking, and visually arresting. Brendan is a regular instructor at the National Theatre School of Canada and he has presented seminars and taught workshops at universities across the Canada. Brendan is a graduate of the National Theatre School of Canada and holds a Masters in International Arts Management from the Southern Methodist University (Dallas, Texas), l’École des hautes études commerciales (Montréal, Québec), and the SDA Bocconi School of Management (Milan, Italy).

Tina Legari is Associate Dance Producer at Canada’s National Arts Centre (NAC). The NAC is the only bilingual multidisciplinary performing arts centre in Canada, and one of the largest in the world. Each season NAC Dance presents 18-20 international and Canadian companies in its three venues, and works with local partners in Ottawa to develop innovative performance models for dance theatre works from across Canada and abroad.

A native of Montreal, Pierre Des Marais was a dancer for 11 years (1970–81) with the Anna Wyman Dance Theatre in Vancouver, and subsequently became the company’s tour director (1982–87). From 1987 to 1992, he was general manager of the Karen Jamieson Dance Company. In 1990, he accepted the position of executive producer of La La Human Steps, in which capacity he oversaw the creation of Edouard  Lock’s iconic work Human Sex. From 1992 to 1995, he was executive director of the Jean-Pierre Perreault Foundation; from 1992 to 1996, he served as associate producer of three editions of the Canada Dance Festival in Ottawa; and from 1996 to 2000, he was the general manager of Compagnie Marie Chouinard. In 1998, Pierre Des Marais co-founded Les Productions LOMA, the organization that produced the Danse Danse series. In 2000, he launched himself full-time into the Danse Danse adventure, and served as co-artistic and executive director for 16 years. In 2015, he was named sole artistic and executive director. Today, Danse Danse is the largest presenter of contemporary dance in Canada.