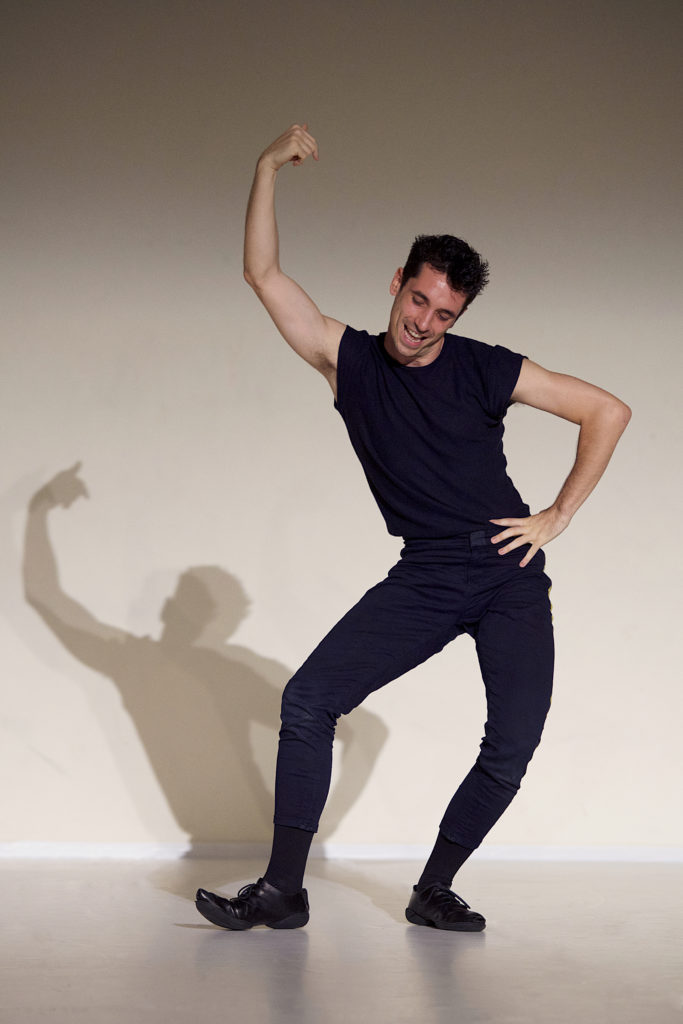 HARLEKING is a demon with multiple identities. His bodily expression resembles that of Harlequin of the Commedia dell’Arte, a sly servant driven by an insatiable hunger. Harleking’s mode of communication has a specific hypnotic quality in which its contents, often extreme and contradictory, merge to create a fluid, metamorphic system wherein anything can happen, yet all is blurred. It is reminiscent of the Grotesques, ancient wall decorations, in which monstrous figures emerge and blend in with elegant ornamental volutes. Figures, which, although can evoke amusement, do not elicit any joy.

Ginevra Panzetti and Enrico Ticconi, based in Berlin and Torino, have been working as a duo since 2008. Their artistic research interlaces dance, performance and visual art. Deepening themes related to the historical union between communication, violence and power, they draw on ancient imaginaries, creating hybrid figures or images between history and contemporaneity. Both graduated from the Academy of Fine Arts in Rome and attended Stoà, School for rhythmic movement and philosophy in Cesena, led by Claudia Castellucci. In 2010, they moved to Germany and delved into individual, but mutually complementary paths: Ginevra studied Media Art at Hochschule für Grafik und Buchkunst (HGB) in Leipzig and Enrico Dance, Context, Choreography at Hochschulübergreifendes Zentrum Tanz (HZT) in Berlin. With the work HARLEKING, they have been selected by the European AEROWAVES Twenty 19 Platform for the promotion and support of emerging dance artists.

VAN is a dance company regularly funded by the Italian Ministry of Culture and the Emilia Romagna Region. It supports, produces and distributes the works and projects of its three co-founders Marco D’Agostin, Francesca Foscarini and Giorgia Ohanesian Nardin, as well as works by Andrea Costanzo Martini, Camilla Monga, Irene Russolillo, Ginevra Panzetti & Enrico Ticconi, and Davide Valrosso. All VAN artists are members of the same generation and share the same urge to renovate language and mix up creative processes while adding an international dimension to their careers. VAN, a title that insinuates a nomadic approach, was created in 2013 with the objective of creating a structure that would protect individual paths while offering a concrete support to research, production and education. Today, VAN embraces its vocation to horizontality and operates in an attempt to define strategies and find shared work ethics within which eight choreographers decided to unite forces, thoughts and methodologies at the end of the second decade of 2000. For this reason, VAN promotes activities that run parallel to individual creative processes and address Italy’s entire dance system: think tanks, physical practice archiving projects, and manifestos of ethical sustainability.