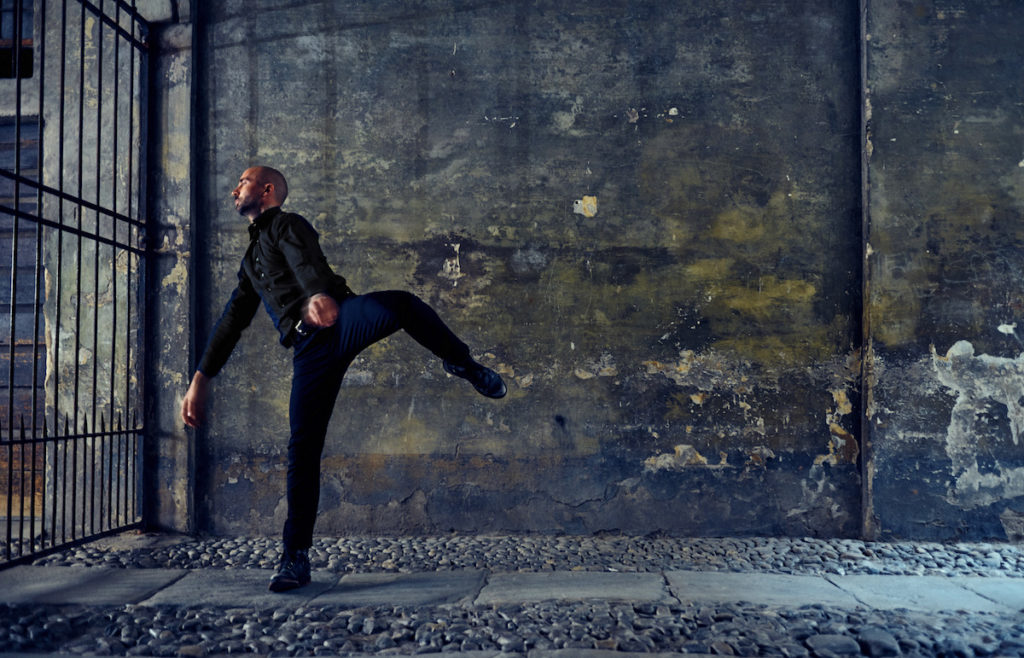 Home starts from the need to come home, return to the origins of a language, and the questions that this need consequently raises. Addressing the idea of Home confronts us with scenarios and imaginings that regard liquid, multiform, transformational identity, with images of war, flight from one’s native land bound for some unknown place, whether voluntarily or obligatorily. With the search for safe, inviting place, our need for belonging. The performance grows through questioning and aims to create an atmosphere rich in contrasting elements in order to prompt similar questions in the spectator.

Home is a primordial, liquid environment: the gaze turns to Mother Nature, plants (see E. Coccia and S. Mancuso), both real and metaphoric roots, hence the idea of using private, reprocessed soundscapes. Casa is also a utopia, an environment that also contains a disturbing dimension, such as the interiors designed by M. Haneke.

Between July and October 2019, the project has been developed in Masque Teatro, Forlì, C.u.r.a. indisciplinarte, Terni and CID, Rovereto. The creation work will be defined and tuned in 2020.

After training as a gymnast and ballet dancer, he studied at EDDC (European Dance Development Centre) in Arnhem (The Netherlands) / Hogheschool voor de Kunsten / BA - Theatre Faculty. He studied with artists linked to the New York Postmodern Dance Scene including Steve Paxton, Lisa Nelson, Eva Karczag, Lisa Kraus, among others. Worked as a dancer with: Peter Pleyer, Tony Thatcher, Charlotte Zerbey, Martin Butler, Mawson-Raffalt + Falulder-Mawson, Jennifer Lacey, Virgilio Sieni, Nigel Charnock, Karine Ponties, Enzo Cosimi. In 2002, he founded his dance company Compagnia STALKER_Daniele Albanese with the aim of investigating dance as a language.
He collaborated as artistic assistant in the creation of Snakeskins by Benoit Lachambre in which he is also dancer and performer. His project VON premiered at Festival Les Hivernales/2017 in Avignon and had the italian première at Torinodanza Festival/2017.

gruppo nanou was founded in Ravenna in July 2004 as a meeting place for the different languages and sensibilities that are at the base of the artistic research of Marco Valerio Amico (choreographer, dancer and actor), Rhuena Bracci (choreographer and dancer, coming from artistic gymnastics) and Roberto Rettura (musician coming from cinematic sound). In this context the body, the sound and the image find a common language in the choreography, giving birth to an organic work. Le produzioni hanno attraversato piazze importanti quali: Fabbrica Europa (Italy), Santarcangelo Festival of The Arts (Italy); Teatro Comunale di Ferrara (Italy); Drodesera (Italy); Les Brigittines (Belgium); Unidram (Germany); Nu Dance Fest (Slovensko). In 2017, the company meets Daniele Torcellini, professor of chromatology for the academies of Verona and Genoa and co-curator for the Ravenna Mosaic Biennial and with his studies on the perception of color and disorientation, that is able to generate through Rgb Led lights, the company increases its work in the field of visual arts and contemporary visual research.