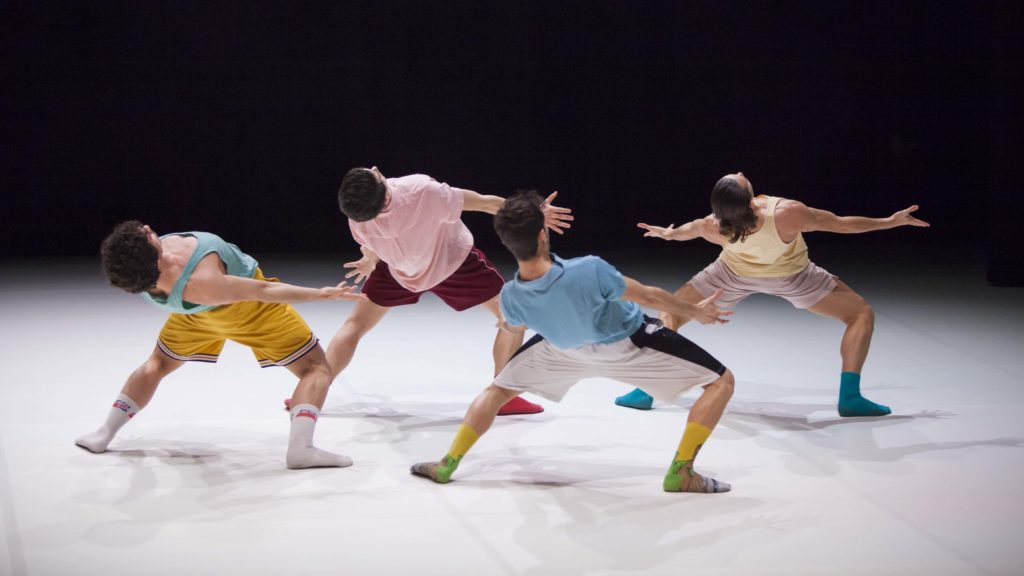 A beginning, an encounter. A journey that passes through a thousand ways of being a dancing body, animal, slight, explosive, sophisticated, mathematical, exposed, vulnerable, but above all alive. An adventure for four young dancers at the beginning of their path. Absolute desire and passion for movement.

And at any moment, the certainty of being able to always start all over again.

Andrea Costanzo Martini was born and raised in Italy, where he first studied contemporary dance and ballet. At the age of 19, he moved to Munich, Germany, where he attended the Heinz-Bosl Stiftung Ballet Akademien. He began his professional carrier in 2004. In 2006, he joined the Batsheva Ensemble and 2 years later moved to the main Company. During these years, he performed the repertoire of Ohad Naharin and Sharon Eyal and began his activity as Gaga teacher and Choreographer through the Company’s “dancer create” program. He later joined the Cullberg Ballet. He created a work “For Men Only” presented at the Moderna Dans Theater. In 2012, he moved back to Israel where he joined the Inbal Pinto Dance Company and started creating his own works. In 2013, he was awarded First Prize for choreography at the International Stuttgart Solo Competition for the solo “What Happened in Torino”. He regularly teaches at the Gaga center in Suzan Dallal and at the Vertigo Studio.

Balletto di Roma has always promoted the production and diffusion of Italian author dance in Europe and around the world with a repertoire now focused on innovation and research while maintaining attention on the history and tradition for which it is acclaimed. Founded in 1960 by Franca Bartolomei and Walter Zappolini, Balletto di Roma has hosted many prestigious collaborations and creative souls. In the three years of artistic direction by Roberto Casarotto (2015-2017), one of the most interesting figures on the current international contemporary dance scene, Balletto di Roma expanded its planning for research and partnerships, in such way enabling the best combination of tradition and innovation. With the passing of time, the Roman group has built up an ensemble of elevated technical and interpretative quality, produced a repertoire of high artistic value, and welcomed numerous choreographers. For the path to be followed in the 2018-2020 three-year period, General Manager Luciano Carratoni appointed Francesca Magnini as Artistic Director, a new figure instituted to reinforce and expand Balletto di Roma’s objectives for internationalization by getting agencies and institutions more involved in this important growth process. Such working partners include La Sapienza University in Rome, which for the three-year period has agreed to work together in conducting artistic and academic activities starting from training in the fields of dance and theater.