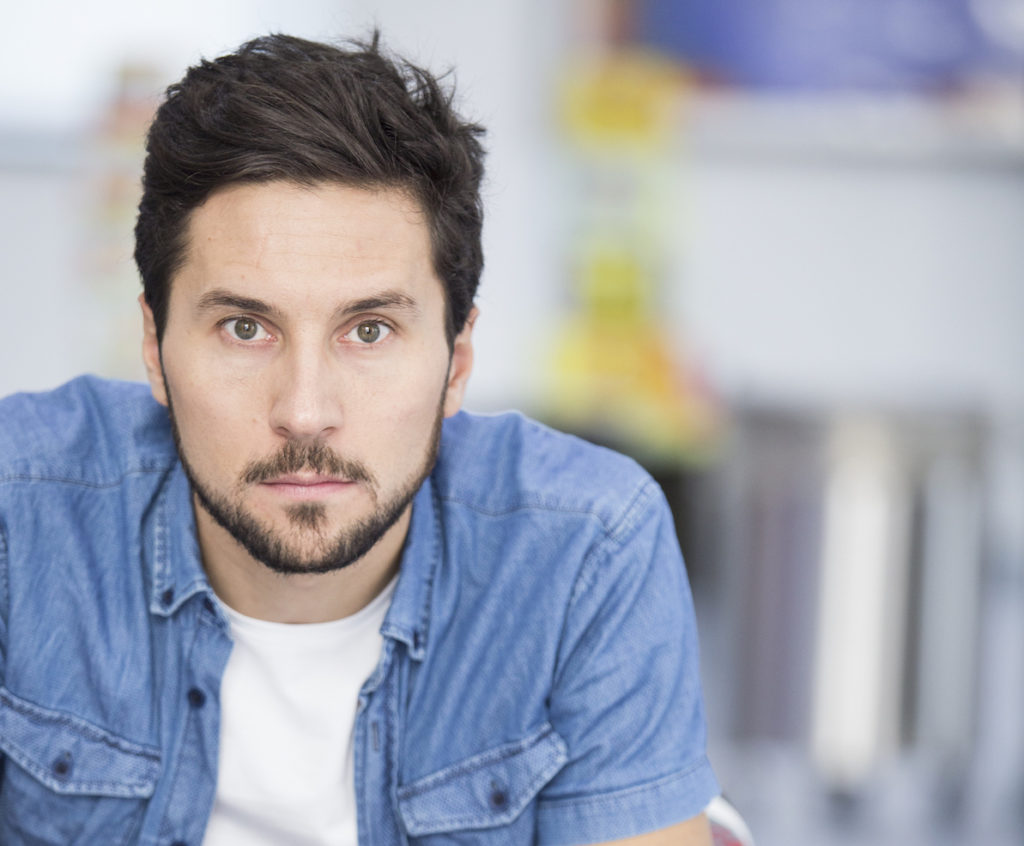 An overview of stereotypes, of the already seen, already said, already acted on.

A little theatrical farce of human misery: the body and the voice in service of a pathetic collective that resembles that of Aristophanes’ ‘The Frogs’, or perhaps one of Offenbach’s operettas, or, furthermore: the famous Brecht’s “The Threepenny Opera”.

Staticity and paralysis in response to the imminent and obvious collapse.

We assist with our hands tied, we acknowledge it, we simply shrug, sigh and turn our heads around again.

A detailed analysis on current international situation, a research on interconnections among forms of protest taking place today – rarely inspired by ideas on human evolution and revolution – as well as on the Enlightened historical vision that puts Arts & Culture in the heart of the change.

A creation that one once again leads the Company in probing into contemporary social contests through amphibious language, one of remarkable impact, bearing a complex dramaturgical level in support of the piece.

Eclectic and multidisciplinary artist, always in research of new languages, Carlo began very young a several training in dance, skating, artistic gymnastics, martial arts, piano, singing and theater. In 2000, he began his professional career in the Teatro dell'Argine. Follow the national collaborations with: Teatro delle Moline, Teatro della Limonaia, OTE, Biennale di Venezia, Centro Nazionale Teatrale, Ramm, Bauci Teatro.
Soon the need to speak through a physical language leads him to the formations at: Theater de l'Ange Fou (UK) and Teatro Due, where he also meets the work of Malù Eridau (Cie.Pina Bausch) and Michela Lucenti (Cie.Balletto Civile).
Different experiences over the years: from the Musical and Opera with Teatro Comunale di Bologna, Lucio Dalla, Compagnia della Rancia, Mauro Montalbetti and Marco Baliani, to the physical theater of Balletto Civile, Abbondanza Bertoni, Petri Dish (B). Since 2011, he is co-founder of the amphibious C&C research and creation company.

C&C Company is the result of collaboration between Carlo Massari and Chiara Taviani, eclectic artists already seen as creators and performers, in many and various international productions of the last decade.
The first outcome of this encounter in 2011: Corpo e Cultura, immediately explain a strong vocation of the Company to the constantly research of a necessary physical language, highly dramatic, closely related to the contemporary social issues.
This Project is immediately followed by the international debuts of: Maria Addolorata, Tristissimo (AnticorpiXL), 012, Peurbleue, Do not Be Afraid, A peso Morto, Beast without Beauty.
The same, over the years, receive prestigious awards: "1°" Hiver Oclytes/Les Hivernales (F), "2°" Hannover International Choreographers Competition (D), "2°" Zawirowania Competition (PL), "Audience award” Konzert Theater Berne (CH),”Finalist" Machol Shalem Dance Competition (I), ”Special Mention” Premio Roma Danza (IT), "2°” Corto in Danza (IT), “1°” Palco Aperto (IT), “1°” and “Audience Prize” CrashTest, “!°” Premio Twain…
At the same time to the theatrical production, come to life performative projects with public participation: ContaminAzioni, Springroll (RomaEuropa ’16), Femminile Plurale. Currently the company is engaged in the development of the extensive Beauty without Beast research that sees inside the alternation of social projects and international co-productions. From 2017 the artistic direction of the company is entrust at Carlo Massari.