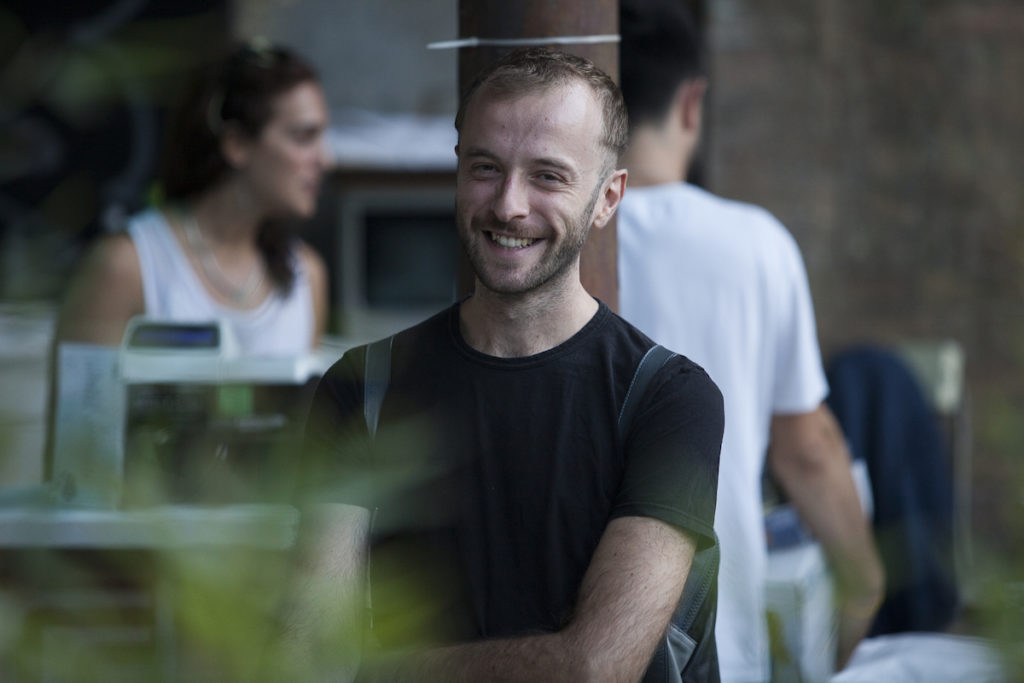 The Gran Ballo Excelsior was created in 1881 in celebration of the triumph of Civilization over Obscurantism that keeps people «in the shadows of servitude and ignominy» positioning itself in a precise cultural scheme of affirming the concept of national identity and respective collective unconscious. The question behind the entire work process is what survives today after over a century and a half in contemporary culture: is it modernity’s idea to domesticate anything that is other than itself? Opacity#5 places principles of classification into discussion interrogating concepts like the flag, tradition, modernity, canon, stereotype, nation, progress, civilization, light, and darkness. Opacity#5 deconstructs the collective unconscious to query various iconographies of the body that now tend to a bland levelling of the culture of difference and determine a fixed and universalistic character of identity. Opacity#5 is a critique of the emanation of dominant and ethnocentric knowledge that posits the West as the sole source of narration and point of origin in the production of significance. The Opacity Project by Salvo Lombardo and Chiasma is structured in a cycle of progressively numbered performances. The study proposed is part of a process began in 2018 that has to be completed in 2020. Performances staged so far move between choreographic score, installation, and video art, and conceived as autonomous chapters. Part of this chapter will flow into a scenic work of wider, more articulated dimension.

Salvo Lombardo is an italian perfomer, coreographer and director who bases his work on a constant research of a relation between theatre, dance and visual art. He lives and works in Rome. He is the artistic director of the Chiasma Company. In 2015-2016, he was resident choreographer at Anghiari Dance Hub. From 2016 until today, Salvo Lombardo is supported by the Festival Fabbrica Europa that produces many of his dance pieces. From 2017, he is one of the associated artists of the Festival Oriente Occidente. In Rovereto he created the interactive installation in augmented reality titled “Reappearances” conceived for the MART Museum of Contemporary Art of Trento and Rovereto with the participation of the local community. In 2017, he was guest choreographer at Aura Dance Theatre of Kaunas (LIT). In 2018, he worked on the project “Excelsior”, co-produced by the Théâtre National de Chaillot, Oriente Occidente, Fabbrica Europa, Romaeuropa Festival, Versiliadanza.