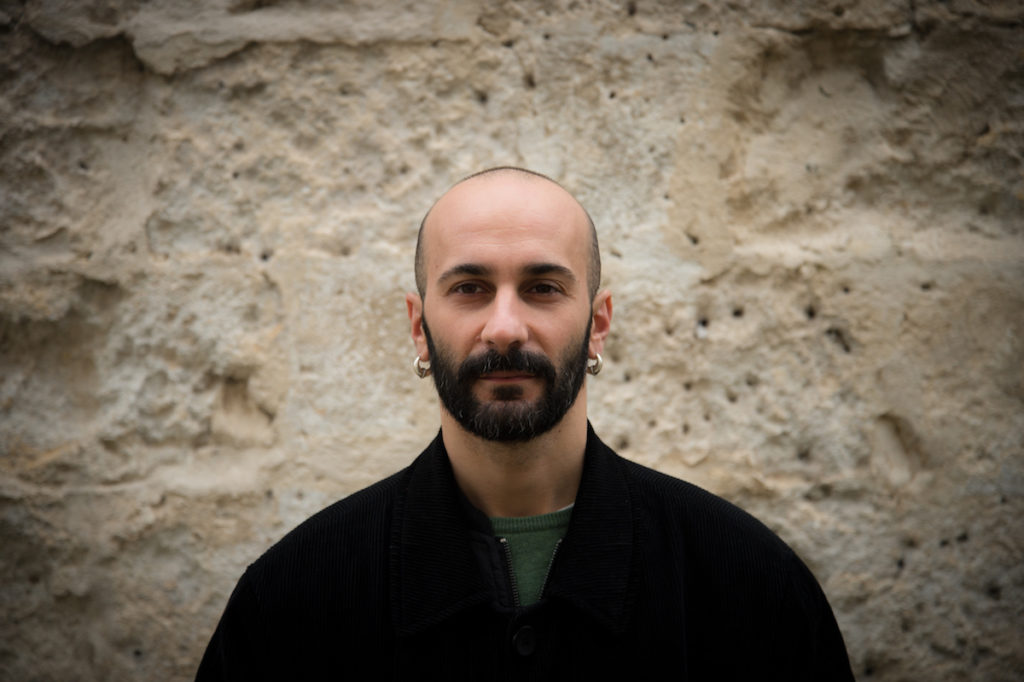 The project was realized with the contribution of ResiDance XL – places and residence projects for choreographic creations action of the Antibodies XL – Young Dance Dance Network coordinated by L’Arboreto – Teatro Dimora di Mondaino.

The work heads in the direction of the desire to build “experiential choreographic rituals” like Kudoku and Still. Pastorale is an utopian elsewhere we desire to reach, that place where we are unified with the nature of events, a place that might be gained through dance and ritual. Pastorale explores the theme of the Nostalgia of unison observed as in our every thought/action in which there is the desire to resonate together, to return to being one with nature and the others, each one inscribed in another, constant derivation. People find happiness in being synchronized, when moved by one single flow of energy, as happens in many rituals. Pastorale addresses this theme by creating a choreographic system in which the dancers move while listening to signals from the outside world, integrating them into their thoughts that arise from inside their bodies, creating an archive of gestures and signs, as monologues, along a flow in which whatever propel them activates their perception. The dancers stand in a circle, the symbol of the earth and the cyclicity of events. They travel is together in the attempt to progressively align towards unison and reach that dimension in which various bodies are driven by the same mind.

Daniele Ninarello, after attending the RDA, has the opportunity to dance with several international choreographers. Since 2007, he has presented his creations in many national and international festivals. Since 2010, his productions have been included in the network “Anticorpi XL” in Italy, and he has presented his work internationally as part of the networks “Les Repérages” and “Dance Roads” supported by MosaicoDanza. ROCK ROSE WOW received the prize ‘Teatri del Tempo Presente’, supported by Fondazione Piemonte Dal Vivo and MIBAC Ministero per i Beni e le Attività Culturali. He has danced with internationally renowned musicians and composers including Ezio Bosso, Dan Kinzelman e Xenia Ensemble. In 2016, he creates KUDOKU, together with the musician Dan Kinzelman, which had his debut in BIENNALE DANZA 2016. In the same year KUDOKU was selected by AEROWAVES TWENTY17, by NID Platform 2017 and for Rencontres Choreographiques – Seine Saint Denis – France. STILL, which received the Prospettiva Danza Prize (I), is part of the project STILL Body Experience with Digital Brain realized with the support of Compagnia di San Paolo “ORA! linguaggi contemporanei _ produzioni innovative”. In recent years, he has collaborated as a teacher with national and international centers including University of the Arts di Amsterdam, Da. Re project and Balletto di Roma. In 2018 he was also selected for the action "Prove d'Autore XL" of Anticorpi XL Network.