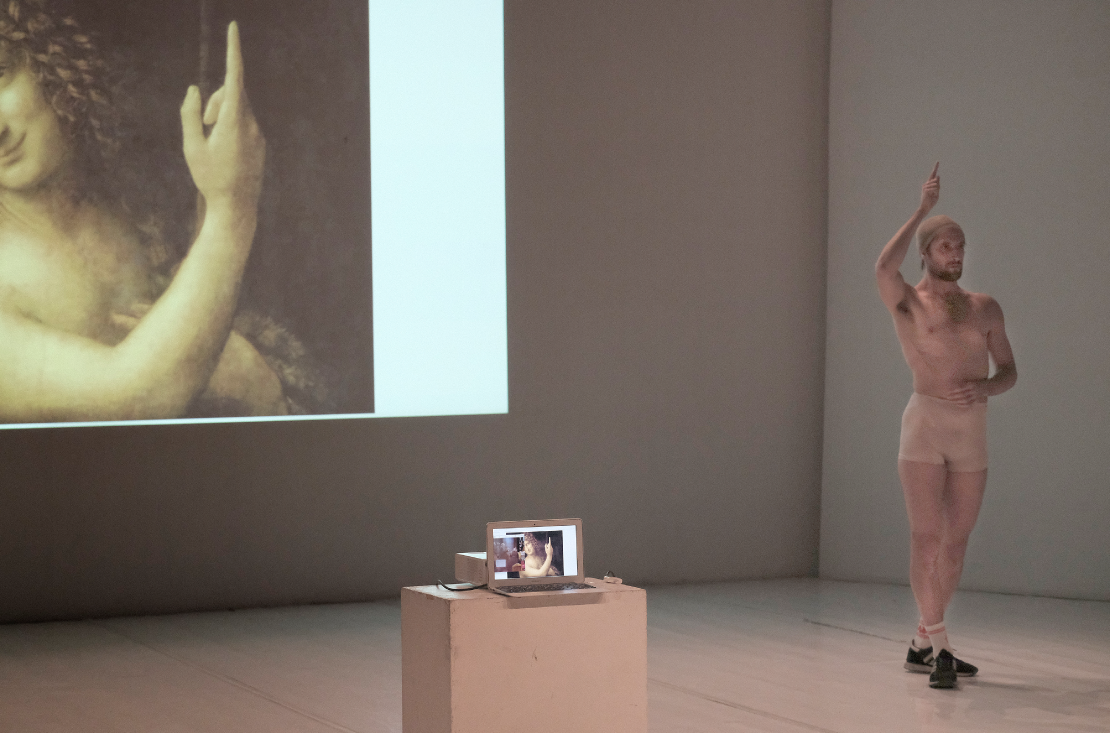 Along a path made of digital flows, pictures and videos, the performer accompanies the audience in a journey of his own data storage, his own individual memory. The scenic space opens to the real, by connecting itself to remote geographies in an authentic media painting that incorporates and tries to give all the information back: the body becomes witness and the content medium shared by the database following the movement flows that crystallize in pictures and create a personal choreographic archive.
CLOUD is a reflection on the politics of pictures, on the mediatic representation of bodies and violence against them, and of memory as a moving data archive, real and virtual.

This work is inspired by the Manifesto of queer communism and by the reflections of Georgy Mamedov and Oksana Shatalova, radical activists of Kyrgyzstan.
CLOUD is among the final projects of DNAppunti coreografici 2019 Romaeuropa

in co-production with Aiep Ariella Vidach

The Körper company, directed by Gennaro Cimmino, was born as a production organism to enhance Campanian artists, but as of today to support choreographers from other regions of the national territory who turn to the company to be accompanied in their productions and promotion of their perfomances. Luna Cenere, Sara Lupoli, Francesco Marilungo, Giovanfrancesco Giannini are some of the choreographers supported by Körper.