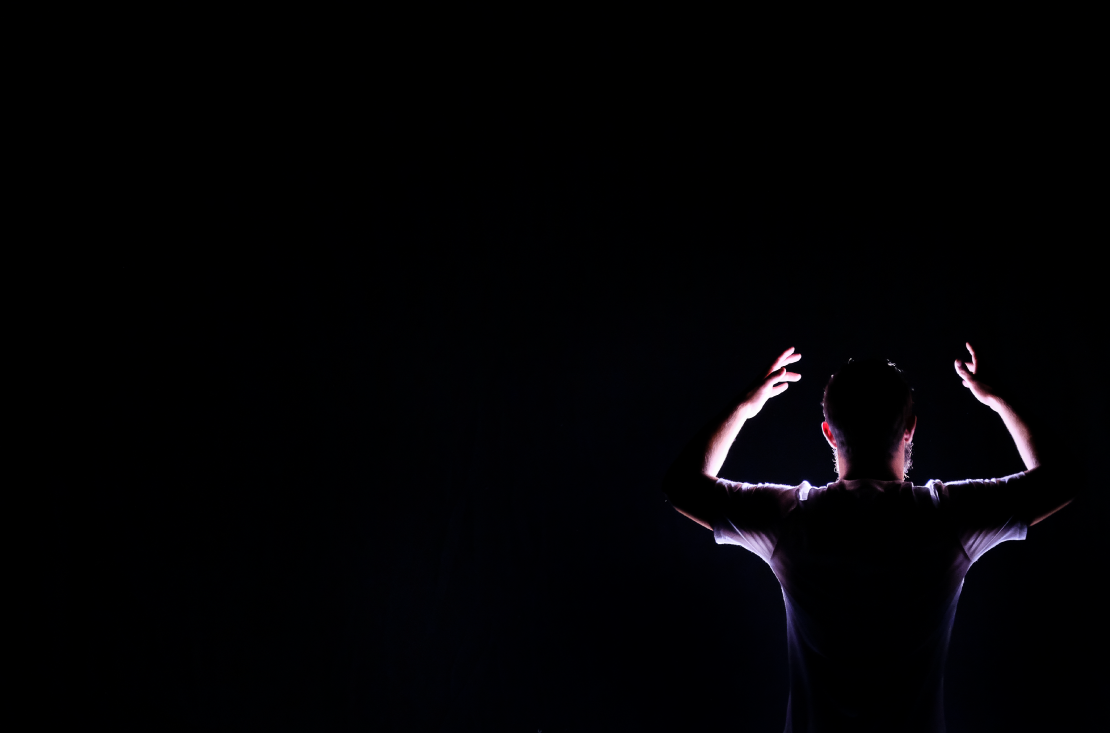 Story and solitary game, how to observe the shape of clouds. The performance is based on the creative process of perception and costant escape of mind from emptiness. Experiences create our mental models which complete our perceptions by evoking logic and vivid sensations.
This is what we call imagination. One body on the stage, a neutral place, a soft track
of a story, the metamorphosis of Narcissus.
The performance comes from the sharing of action and writing. Action to open perception to endless meanings. Apparently clarifying writing used to accompany the spectator towards several possibilities of view, memory and transformation.
Space and time will become elastic, modifying constantly as a function of a personal
interpretation of the place.

in co-production with
Atelier delle Arti

Twain is one of the excellences of Live Performances of the Lazio Region, operates in Italy and Europe for production, professional training and spread of dance, music, theatre and performing arts. Created in 2006 as a professional training project and a dance production company, it develops and grows up to be “Centro di Produzione della Danza Regionale” and “Centro di Residenza Artistica Nazionale”, funded by MiC, the Lazio Region and Fondazione Carivit. Directed and founded by Loredana Parrella, it currently supports the authors Loredana Parrella and Loris Petrillo, the Under 35 Yoris Petrillo, Aleksandros Memetaj, Collettivo SA.NI./Nicola Cisternino- Sara Sguotti, Jessica De Masi, Maria Stella Pitarresi and Marco Pergallini. Since 2018 the headquarter of the project has been in Tuscania (Vt) and it has developed in different places – Supercinema and Spazio Fani under direct management, Teatro il Rivellino V.Luchetti, Anfiteatro Torre di Lavello, Ex Tempio Santa Croce under three-years convention with the town of Tuscania. From 2006 till today it has realized 40 productions for a total of 450 performances in distribution, planned in 200 Theatres and Festival of 18 Italian Regions and 9 foreign countries: Serbia, England, Spain, Montenegro, Germany, Cyprus, Bulgaria, The Unites States, France.