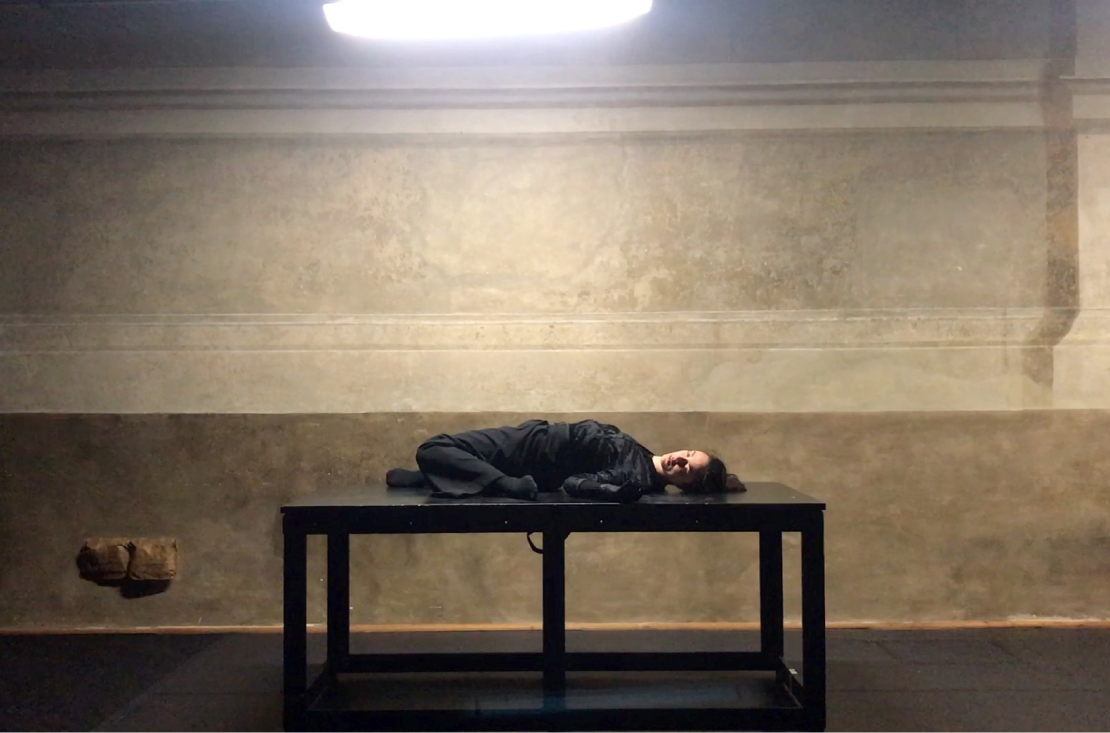 “Piano solo corpo solo” is a performance/gig about caress and the tactile ‘game with something that turns away’. There is nostalgia for each other. An attempt at rebuilding absence. The memory of the experience builds markings of a ritual, a ceremony in which their own movement originates from disappearance of the self in the other. Therefore, in the immediacy of the relation, the intimate search for two solitudes meets and collides in short forms of rebellion: ‘Piano Solo’ – songs composed and played live by S.Graziano for grand piano, and ‘Corpo Solo’ – choreographic composition by C.Caldarano. It rebuilds their own presences over the black and white piano keys. That completely black piece of furniture turns into an anatomical table, a means of action and dissection of pure and intimate vital movement.

'mo-wan teatro' is a collective of artists formed in 2015 taking care of production and training of storytelling, choreography, theatre, performing arts, drama. It won the tender 'Supporting artistic production activities 2020' of the Tuscany Region and it received several awards, reviews and publications. Since 2018 it has been holding 'Deep Festival' which hosts performances of contemporary theatre, dance, cinema and literary meetings.