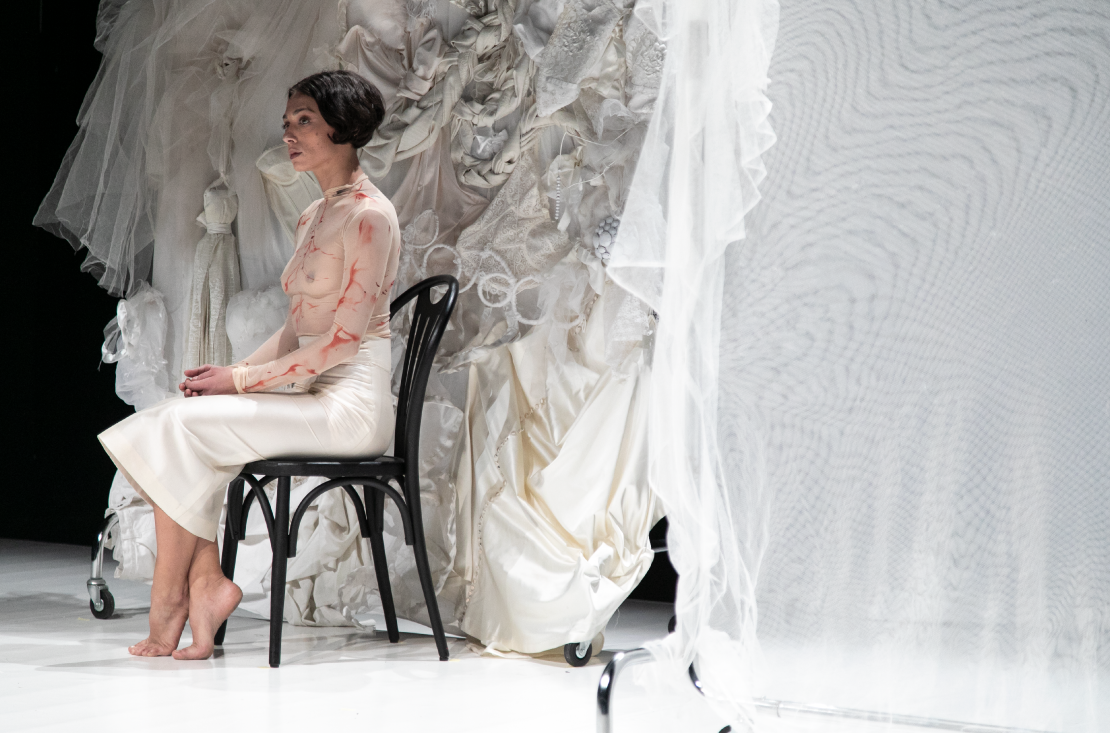 rosarosaerosae – la pelle delle immagini  is a multimedia story that investigates the concept of living in relation to the body and memory which resides in it. A material and graphic project which tends to create an imaginary nomadic where the metaphor of cinema is the basis of the story. Skin, protection, texture, sound, movement get confused in the repertoir of immaterial places, and are sensors of the real and, at the same time, intangible world. The research arises from the need to look for the experiential matrices that characterize the identity formation. Dance emerges gradually, costume and changing sound laandscape refer to a constant dejà-vu while the screen is the possibility for escaping onirically. The author has drawn from her visual archive, finding David Lynch, Gaston Bachelard, Balthus, Madeleine de Scudéry, Wim Wenders and has worked on it by exploring cinema, architecture, fashion. rosarosaerosae claims a feminine sense by imagining it not as much as an archetype to adhere, but a constellation of specific characteristics of each individual that partly bring us together.

with the collaboration of Livia Ficara

with the participation of Matteo Vinti

ArtGarage is an organism of dance production recognized by Mic and the Campania Region. This company supports artists who experience on contemporary dance languages and multimedia technologies, investigating endless creative possibilities to create live performances, installations and videocreations. Emma Cianchi is the artistic director. The company is located in the heart of Campi Flegrei, in the town centre, carrying the same name, which takes care of dance organization, training, production and promotion.